We had to wake up SOOOO early at 6:30 am because our ship tour met at 8:05 am in the Princess Theatre. We had breakfast at World Fresh Marketplace, then went down to check in & got off the ship right away. The walk from the ship to the tour meeting place was so long. Look!

For those who did not want to walk, there was a free shuttle like the Disney tram that you could use, as seen from the picture above. I did not take a picture of the tram, thinking that I would be able to see one when we came back, but there was none in the afternoon.

The pier area at Costa Maya was beautiful but it was so hot & humid.

Signage was clear as to where we had to line up for the ship tours.

Under the big hut, there were so many people, lining up for different tours.

Luckily, we didn’t have to wait for too long as our tour had the longest duration so we had to leave right at 8:30 am with a 5-minute walk to the bus.

This was the big coach with a bathroom on board.

This was the ship excursion: visiting 2 Mayan ruins:

It took over 2 hours each way to drive to the 1st Mayan ruin, Kohunlich.

Princess gave us a brown bag with a bottle of water, a banana, a chocolate bar & a bag of peanuts for our snack.

As we were entering the jungle, we sprayed a lot of insect repellent on us. It worked well as we didn’t get any mosquito bites at all. My husband paid US$4 to get the license for video-taping. It worked for both ruins for the day. You must have exact change.

This excursion involved almost 5 km of walking & steps climbing. I only climbed to the top of 1 ruin but my husband did all 4 so his legs were all sore & needed a massage on the ship.

The 1st one was Temple of the Masks. This was relatively easy and there were ropes for us to hold on to. Some workers were doing restoration work there. 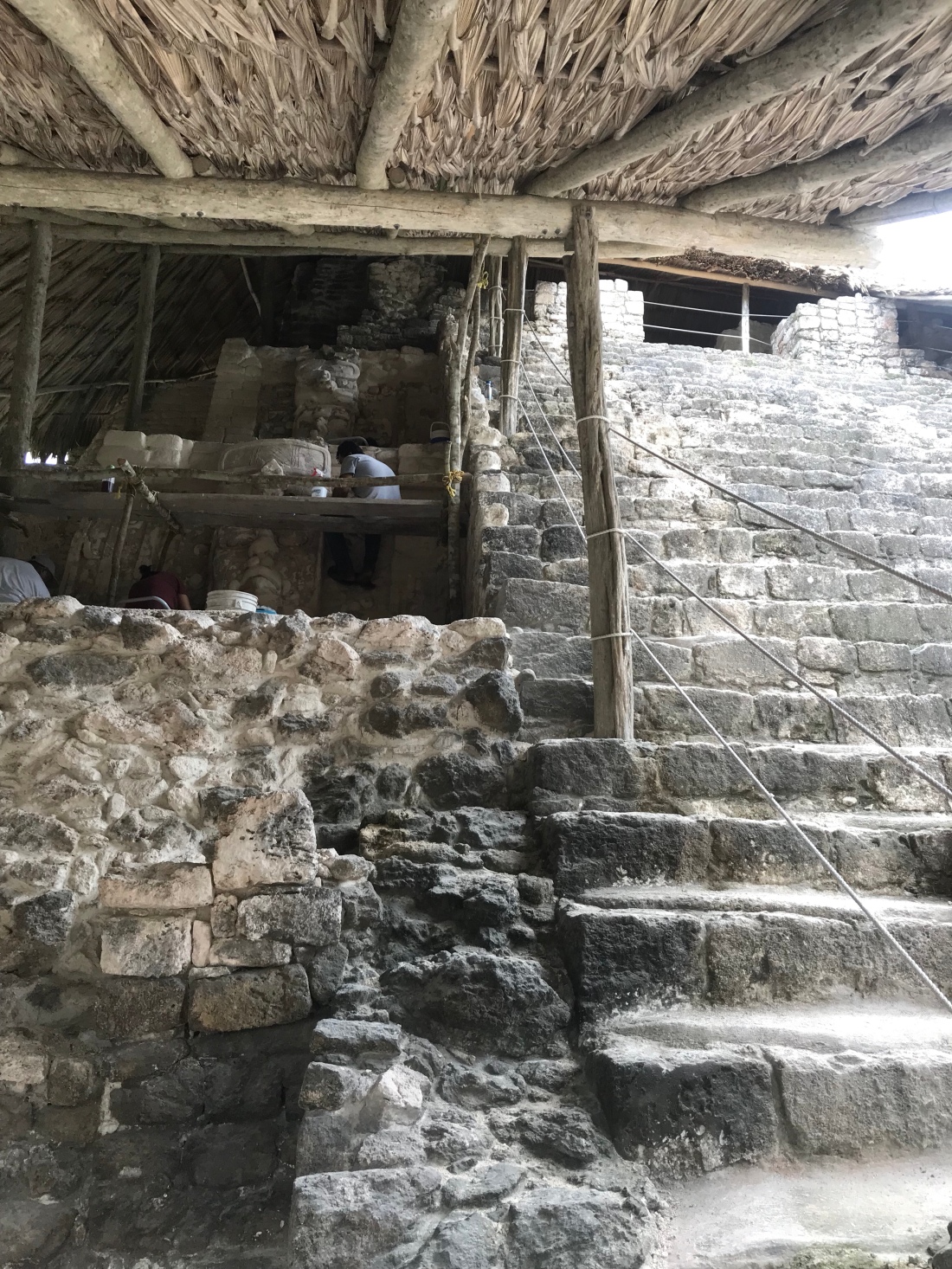 Here’s a video showing how I got down & how others climbed up the uneven steps:

Then we walked past many other temples before reaching the Acropolis. Here’s the route we followed:

My husband climbed to the top & I just waited for him at the base. 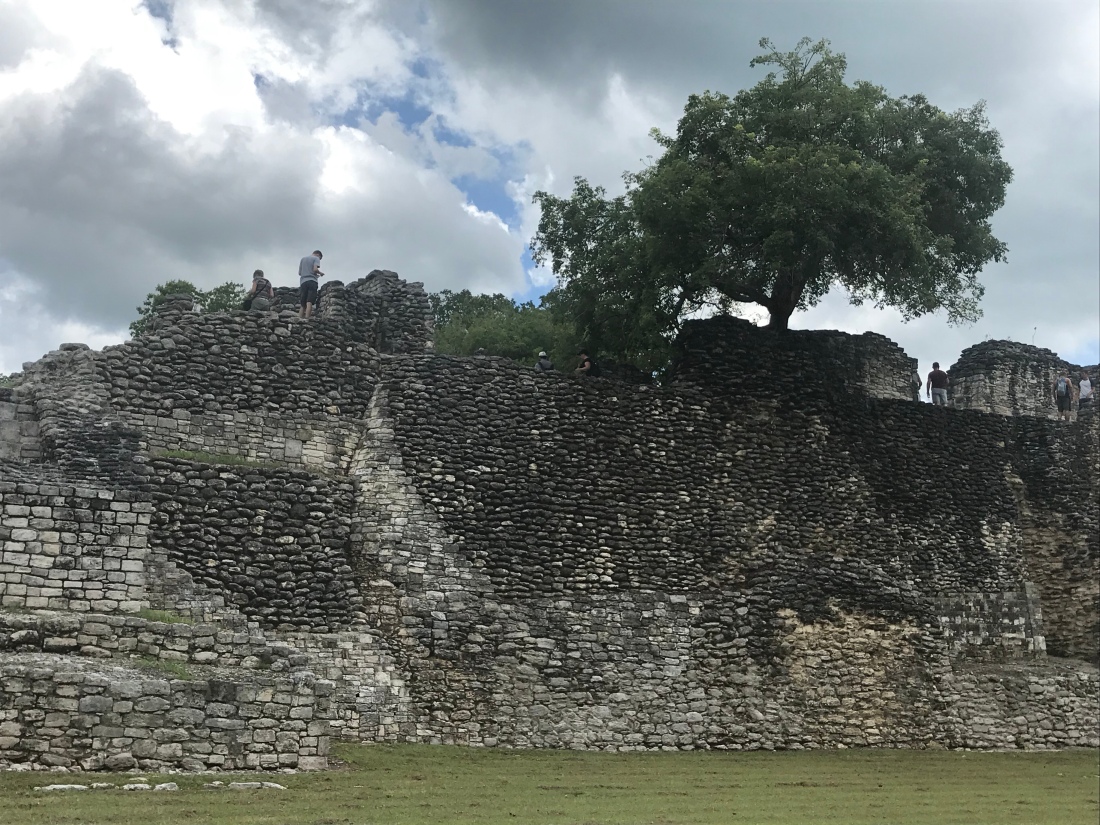 After about 1 hour of walking around, we boarded the bus again. We were given an ice cold bottle of water and a ham & cheese sandwich for lunch.

We ate our lunch during the 30-minute drive to the 2nd ruin, Dzibanche.

Before we started the walking tour, we were dropped off at a restroom area that was 2 km away from the site. This ruin had better preserved buildings than the 1st one.

We first stopped at the Temple of the Captives.

Then we passed by the Temple of Cormorants where workers were doing restoration jobs. We couldn’t climb up this one.

Next we went to the famous Temple of the Owl. Again only my husband climbed to the top but not me.

The last stop was at the Temple of Lintels. This was a big one. 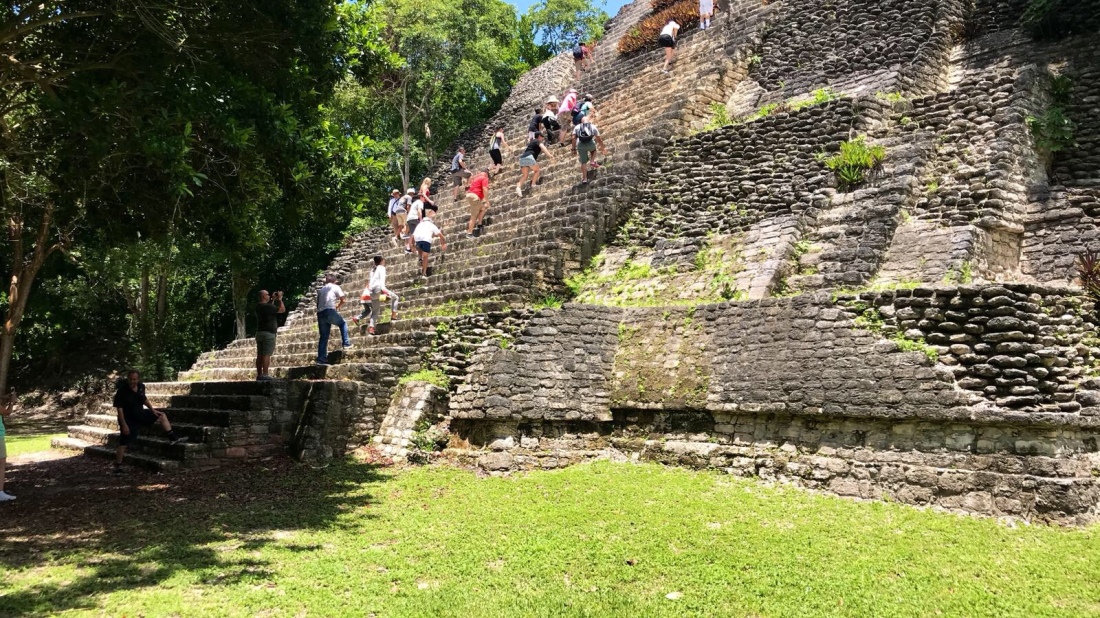 Coming down was a lot harder. It’s better to walk sideways rather than sliding down on the bottom.

On this excursion, I walked for 4.7 km with 7,035 steps. My husband climbed 14 floors of uneven steps. He definitely needed a foot and ankle massage.

When we got back to our ship it was 4:30 pm and we had to walk around the maze of shops before getting to the pier. There was no free shuttle so some people were complaining about the long walk & there were some who had to take frequent stops to rest.

After taking a shower it was time for dinner. It’s the 2nd formal night so it took me longer to get ready. The escargot was very good but the lobster tail was not half as good as Steamers’. The rice was not well cooked & it’s hard in the centre.

My husband said his Short Ribs were excellent. The chocolate dessert was amazingly yummy! 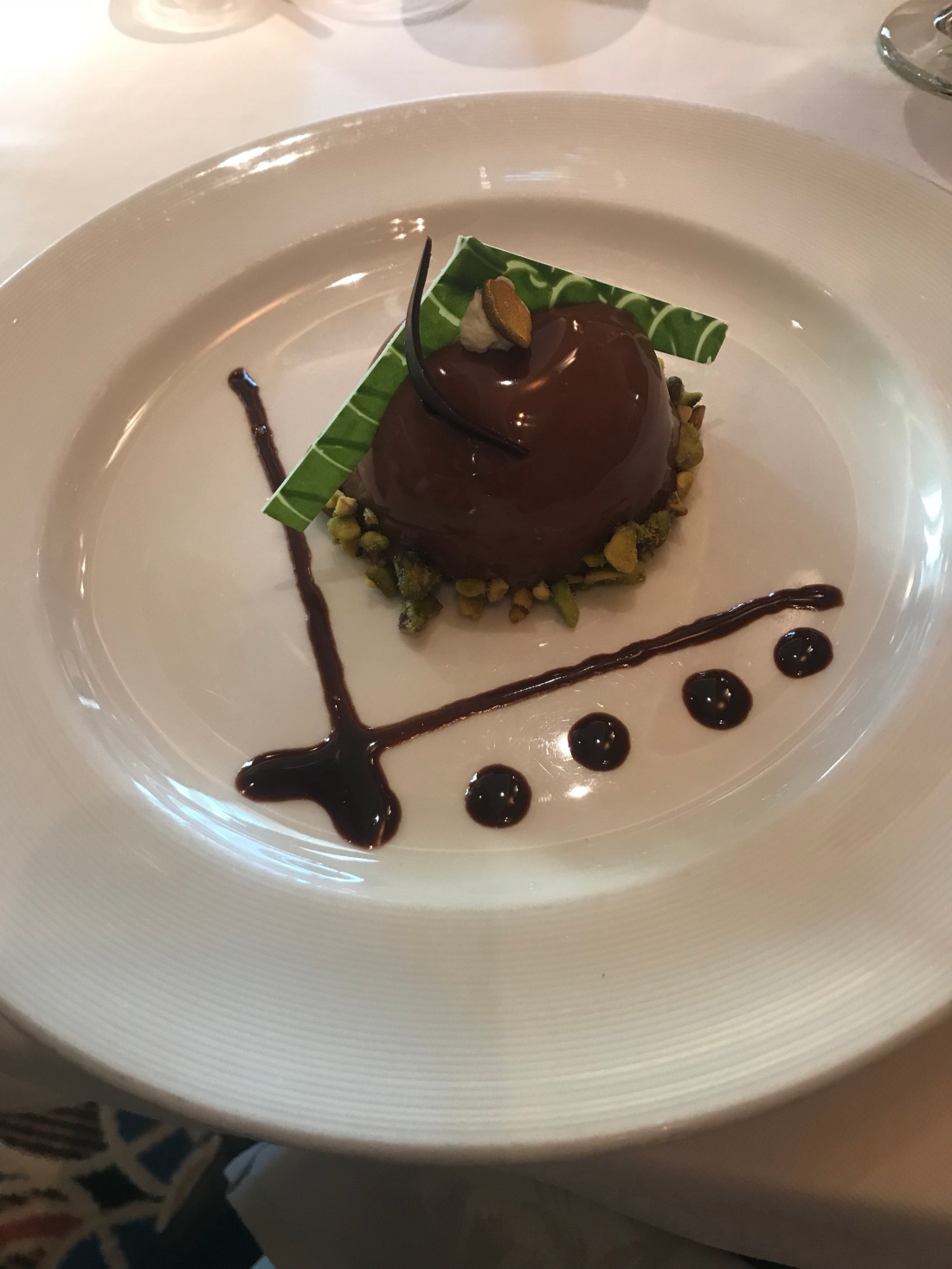 We went to the new Princess Show, A Fantastic Journey, after dinner. It was very modern with lots of high tech add-ons, though there was no catchy melody. Then we went to the Piazza for the balloon drop.

We had a few drinks at the Lobby Bar before going to bed.