What a day! After a 2.5 hour’s journey, we finally arrived at Munich. With the Christopher Street Day Gay/Lesbian Parade taking place in Munich, Crystal should have cancelled this trip to Munich, rather than having us amidst the crazy crowd on all major routes. It’s amazing that none of us got lost while walking to lunch!! UGH! THE CROWD!

As soon as we arrived, we went to the Museum of Modern Art. The guide Ricki’s English was not very good, with a heavy accent. Besides, she treated us like College Art students and went into so much details that we got very bored. We stood in front of a few not-so-famous paintings and listened to her for over 5 minutes, so we could only see a few sections of the museum. I peeked into other sections that we didn’t have time to see and found that I actually had more interest to see those. That 1-hour was really boring!! When I signed up for this excursion, I thought I was going to see artwork reflecting the history of Germany in the eyes of modern people. What a disappointment! We spent over 5 minutes to talk about these rocks: 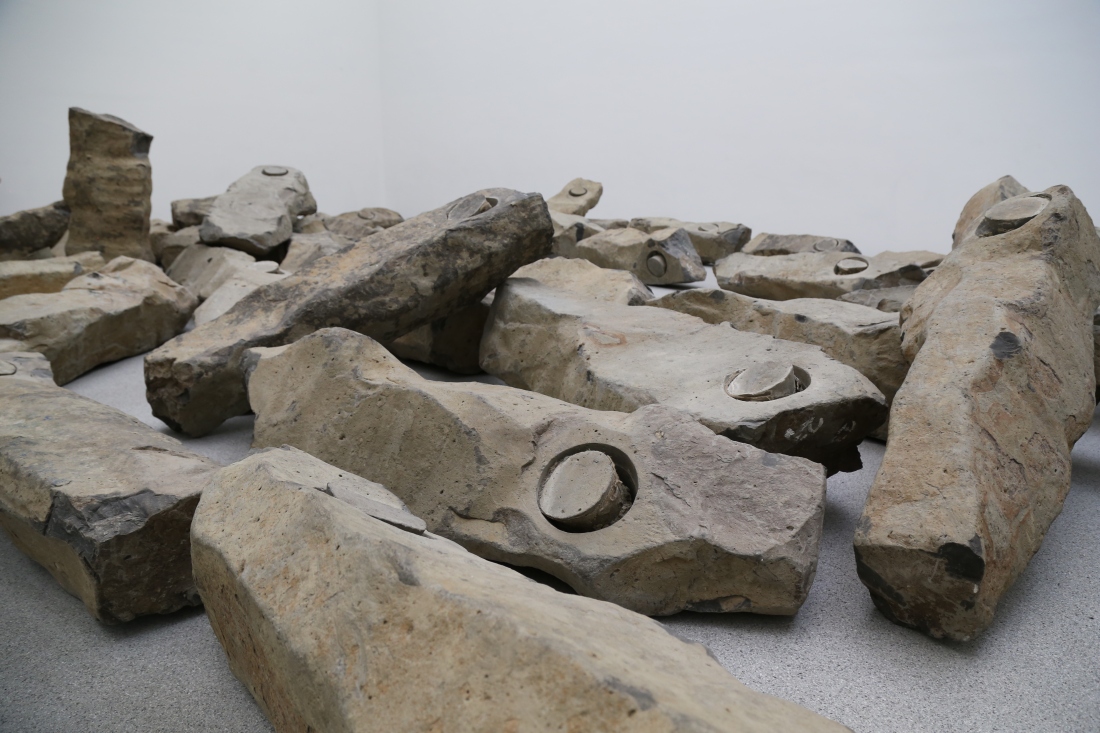 The second disappointment was the complimentary lunch at Ratskeller. 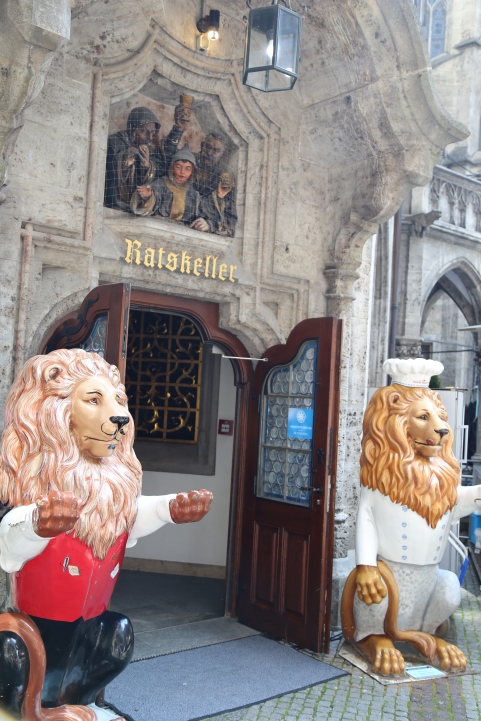 There was not a choice for us so everyone was given the beef stew. It tasted okay but I’d rather pay to get German specialties like pork knuckle or the different types of sausages. The beer was just average. When we walked past the Biergarten during our walking tour after lunch, how I wished we were eating & drinking there!

I didn’t enjoy the walking tour as the streets were all crowded with people because of the parade. So when we had free time, we just wanted to get inside a museum to avoid the people. We paid 7 euros each to get to the Munich City Museum. Surprsingly, there was one floor that had a huge display of authentic musical instruments…very interesting! I even got to play a steel drum.

After a brief visit to St. Peter’s Church, we went to our meeting place, Max-Joseph-Platz. It was so cute that they put cushions on the steps for people to sit and have a drink outside the Residenzmuseum.

When we got back, there was a ship parked beside us. See how close it was at midship:

A much bigger gap was outside our window, hence our room location was more desirable than other balcony rooms:

After a quick dinner at the Waterside, we attended a superb concert by a tenor, Stefan Mullan and his incredible piano accompanist, Elda Laro.

What a coincidence that both Stefan and myself graduated from the Guildhall School of Music & Drama in London, England! We had a brief chat after the concert.